Precious keepsakes made from horsehair 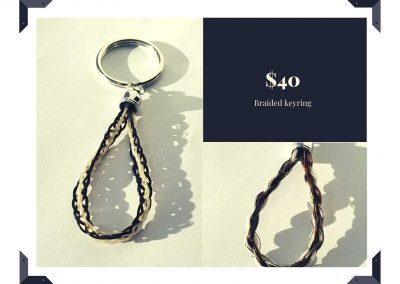 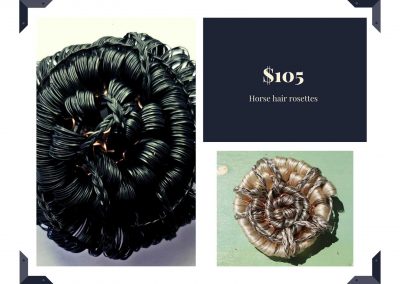 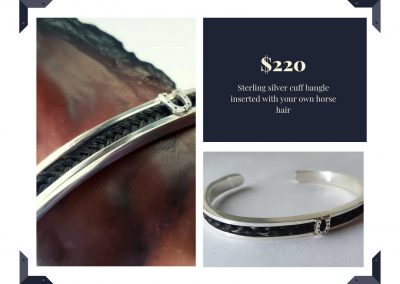 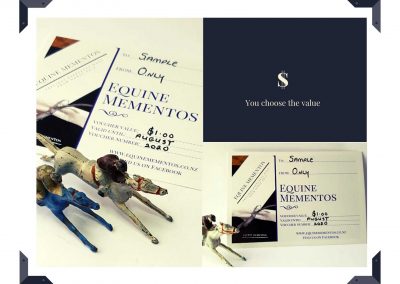 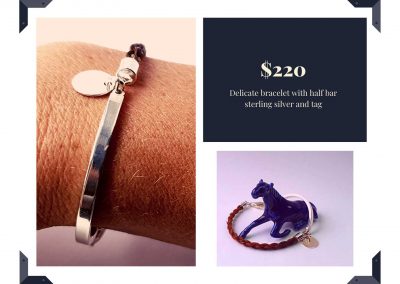 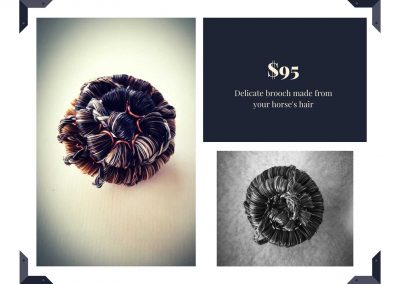 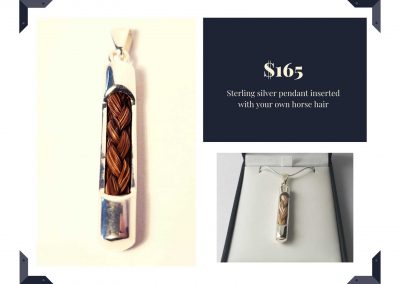 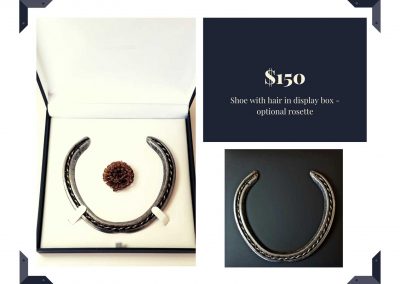 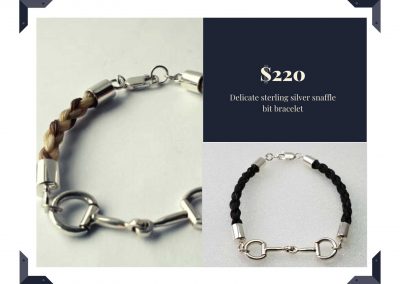 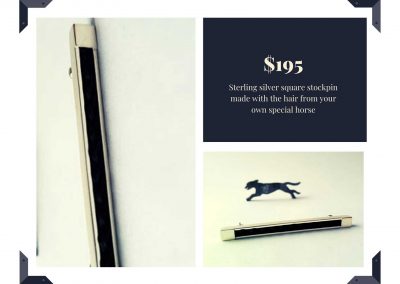 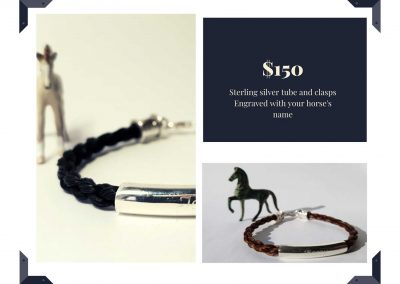 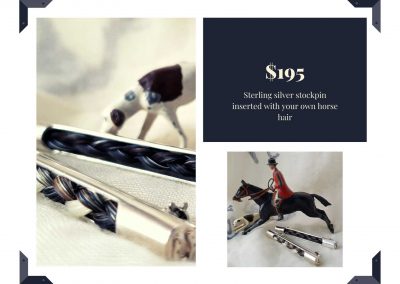 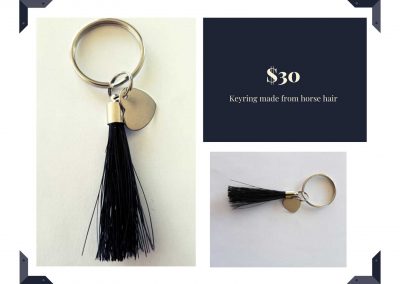 Get in touch with us via email
equinemementos@gmail.com Following the incredibly difficult decision to put to sleep our two favourite horses, I looked around to see where I could send the cherished pieces of tail hair that I had taken from our two beauties before they were laid to rest.

I discovered that there were quite a few options to have the precious hair made into jewellery. I felt that jewellery wasn’t the best option for the hair that I was holding so dear as these horses were also loved by my husband and a memento needed to be something that we both could reminisce over.

After donating some tail hair from our lovely riding horse ‘Gryff’ to Cat Auburn’s  ‘The Horses Stayed Behind’ project a few years ago, I became intrigued with the art of Victorian Hair Wreaths. A Victorian technique of making hair rosettes was used to carefully create a five metre long war memorial made of horsehair, copper wire and linen.

So when I discovered that there weren’t many options for horsehair mementos around other than jewellery, I decided to carefully wash and dry the hair myself and then use the Victorian technique to create my own horsehair rosettes that I could use to admire and remember.

After making four of these initially for family, friends began to see these creations and started to ask me if I would craft tail hair into rosettes for them to enjoy and remember their equine partners by. As time has gone by, more requests came in from people asking about other memento options and consequently, Equine Mementos was established and now creates a range of horsehair mementos.

In the Victorian era hair work was a means to express the tender belief that neither time nor death can destroy love – the inspiration for this decidedly sentimental art form.

Although the beginnings of the hair work certainly had funereal and macabre references, surprisingly the majority of hair work was created to honour the living.

Hair has long been attributed to holding magical and mythical powers. It contains the mauri – the life force of the individual and combined with the strength and longevity of the fibre, it is an ideal material to use in the creation of sentimental and personal keepsakes.

A circular wreath of hair flowers came to symbolize the continuum or circle of life. And a wreath that was open at the top – almost horseshoe shaped, signified the openness and ascent to the heavens.

These ideas play beautifully into the shapes that we see associated with horses. Our champions are awarded rosettes and our horses wear shoes that hold that open shape to heaven.